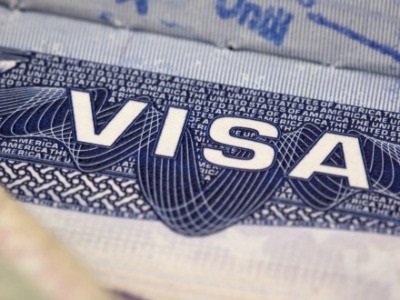 How Will The Hire American Executive Order Effect American Business?

The H1-B program has become the focus of debate with the newly issued Buy American, Hire American executive order.  The new administration’s goal is to move away from the random H1-B lottery to a new system favoring more skilled and educated workers. The administration describes the current system as an initiative gone awry that has driven down wages for Americans.

Approximately 85,000 visas are issued each year and 70% are given to workers from India.  It is estimated that 600,000 – 900,000 immigrants are here in the United States on H1-B visas working in the high tech, industrial, medical and science fields. So why has corporate America become so dependent on foreign workers?

H-1B workers are typically cheaper than locally recruited and hired U.S. workers. Compensation research has shown that there can be up to a 40% savings to corporations hiring foreign workers. In February 2017, the University of California San Francisco laid–off 79 information technology workers and plans to outsource their positions to an offshore Indian firm. The University estimates this will provide a savings of $30 million over five years. The companies receiving the most H-1B visas in recent years have been firms based in India which include Tata Consultancy Services, Infosys and Wipro.  The larger companies and start-ups in Silicon Valley staff their development teams with foreign workers.  Analysts in the tech industry are concerned that the proposed changes could significantly impact software development efforts and increase the cost for these products to the consumer.

U.S. students continue to lag behind other countries in math, literacy and science skills. Recently released data from international math and science assessments which tests 4th and 8th graders indicates that U.S. students rank around the middle of the pack, and behind many other advanced industrial nations. American technology companies argue that there is a shortage of qualified Americans for scientific and programming jobs, forcing them to turn overseas for workers to meet their hiring needs. American universities argue there are more than enough graduates to fill all the open jobs in the United States. In a recent survey, 87% of American college graduates thought they were well prepared for their job while in contrast only 57% of employers agreed. Employers find graduates are lacking the following skills: writing, public speaking, data analysis and critical thinking.

The executive order does not make any immediate changes to work visa programs. It does however require the Departments of Labor, Justice, Homeland Security and State to study existing laws and procedures and recommend changes. Supporters on both sides of this issue will be anxiously awaiting the results of this study.