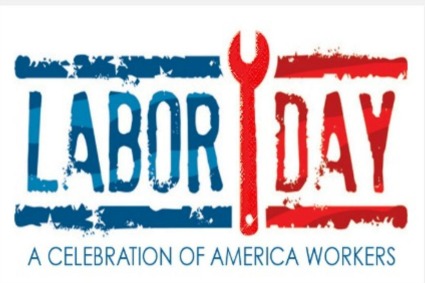 American Labor Laws – How They Have Shaped Our Workforce

Having just celebrated Labor Day weekend, I thought it would be interesting to review how labor laws have shaped our current work environment. Most of us tend to think of Labor Day as the last holiday of the summer and look forward to the three-day weekend. Labor Day became a national holiday in 1894 to address long working hours and no time-off. At that time, many workers were averaging seventy-hour work weeks. The labor movement emerged to bargain for better pay and safer work conditions.  This resulted in the passing of the following labor laws, most of which remain in effect today:

This labor law guarantees basic rights of private sector employees to organize into trade unions, engage in collective bargaining for better terms and conditions at work, and take collective action including strike if necessary. The act also created the National Labor Relations Board.

The FLSA established minimum wage, overtime pay, recordkeeping, and youth employment standards affecting employees in the private sector and in Federal, State, and local governments. The passage of the FSLA provided permanent federal protections for children in the workplace.

The 1947 Taft-Hartley Act was passed as an amendment to the 1935 National Labor Relations Act with the intention of halting some of the rights given to unions to strike and imposing limitations on the union leaders.  This legislation was in response to an increased number of strikes in the years after World War II and most provisions are still in effect today.

The American Federation of Labor and Congress of Industrial Organizations (AFL-CIO) joined together to represent both national and international labor unions. They work to ensure all working people are treated fairly and receive decent pay and benefits as well as a ensure a safe work environment.

The EPA was the first U.S. legislation targeted to eliminate gender-based pay inequities.  It mandated that men and women engaged in the same work earn the same including salaries, incentives, and benefits. The ultimate goal of “equal pay for equal work” has not yet been achieved. A study from 2016 revealed, women earned on average 80 percent of what men earned.

The Civil Rights Act of 1964 is a landmark civil rights and US labor law in the United States that outlaws discrimination based on race, color, religion, sex, or national origin. It prohibits unequal application of voter registration requirements, racial segregation in schools, employment, and public accommodations.

The Age Discrimination in Employment Act forbids employment discrimination against anyone at least 40 years of age in the United States. The ADEA prevents age discrimination and provides equal employment opportunity under conditions that were not explicitly covered in Title VII of the Civil Rights Act of 1964. It also applies to the standards for pensions and benefits provided by employers and requires that information concerning the needs of older workers be provided to the general public.

This Act gives workers the right to continue their health insurance coverage after separating from their job.

The Americans with Disabilities Act (ADA) prohibits discrimination against people with disabilities in several areas, including employment, transportation, public accommodations, communications and access to state and local government programs and services. As it relates to employment, Title I of the ADA protects the rights of both employees and job seekers.

The Act represented the first effort since the passage of the Civil Rights Act of 1964 to modify some of the basic procedural and substantive rights provided by federal law in employment discrimination cases. It provided the right to trial by jury on discrimination claims and introduced the possibility of emotional distress damages and limited the amount that a jury could award.

Requires covered employers to provide employees with job-protected and unpaid leave for qualified medical and family reasons. These include pregnancy, adoption, foster care placement of a child, personal or family illness, or family military leave.

In the last century, there have been significant changes for the American worker. Much of this change is a result of the passage of legislation directed at improving work conditions and access to jobs. Women now have a more prominent role in the workplace, racial discrimination is no longer tolerated, work safety standards are in place and workers have protections against discrimination.  In addition, unions continue to provide an opportunity for workers to bargain for higher pay and better conditions. Employment legislation will continue to evolve in order to keep pace with changes occurring in the American workforce and workplace.

Remember all of these advances in labor protections as Summer turns to Fall and another Labor Day fades away.